A Surprise Opportunity for Learning by Hand 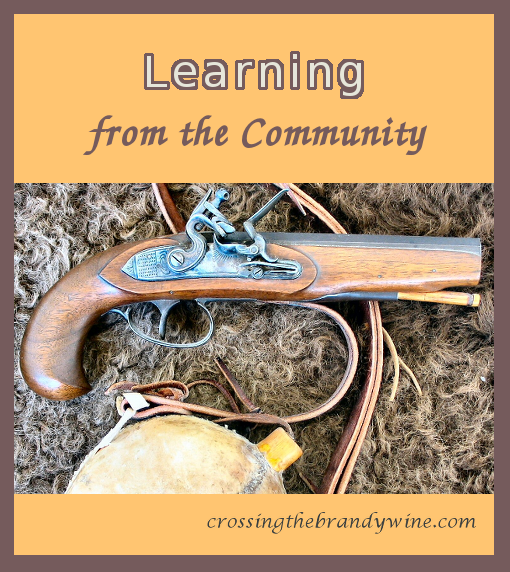 It turns out some of the best things in life are not planned. We had a fun day today – term 3 starts next week, so we took today to visit the park. On the way home we saw a climbing tower with various community businesses. So we had to stop. 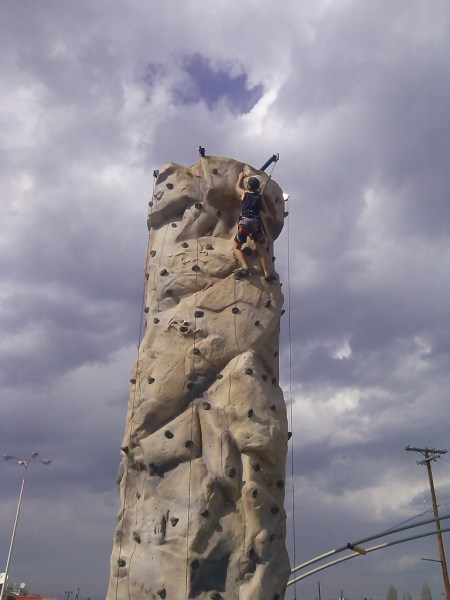 My eldest – there were four routes to the top, he did each of them at least twice.

But in addition to the fun stuff like mini-golf, bungee bouncing, mini-basketball, trivia, and the local Jr. High band, there were representatives from the 4-H Muzzleloading Club: a gold mine of handicrafts and history. We saw a compass manufactured the same year that Lewis and Clark began their journey, several flintlocks, various types of traps, arrowheads, items used for trade, and a shaving kit one gentleman built after seeing Clark’s kit in a museum. 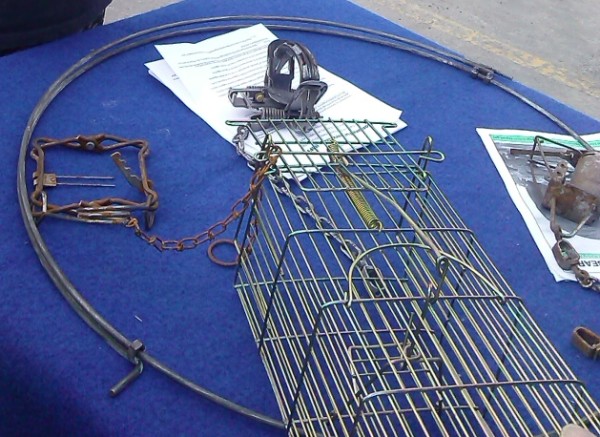 And … we met a young man who makes flint arrowheads and flint knives as a hobby. He has gathered flint (sadly, he informed us Arkansas and Texas are better places to look). He skinned his first deer with a flint (and antler) knife he built. We saw several arrows, a quiver, and two display cases of his work. He has also fashioned flint heads out of glass. My eldest spent quite a bit of time talking to him, and watched as he chipped a piece of flint into a point. 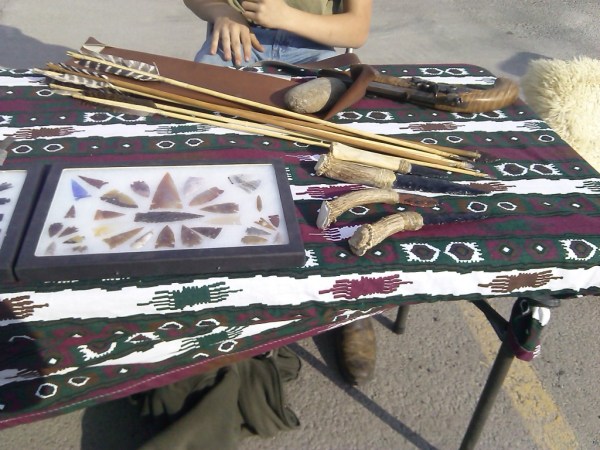 Some of the best things in life are free.